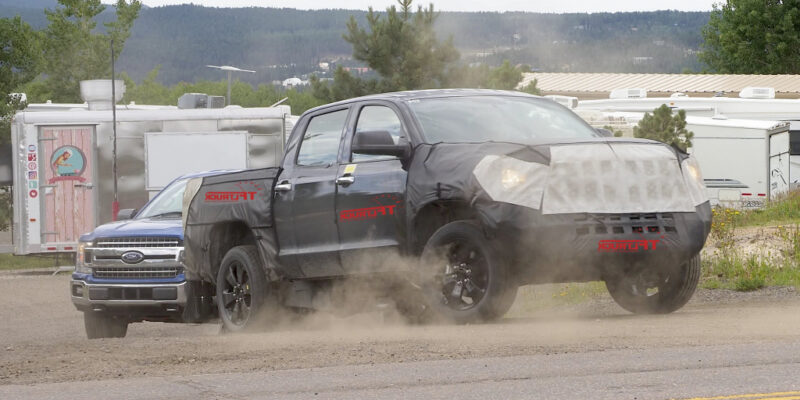 2022 Toyota Tundra Redesign, News, Engines, and Price. There is no doubt that the 2022 Toyota Tundra redesign is one of the most anticipated things for the next year, at least when it comes to truck enthusiasts. This model may not be as popular as the F-150 but has an extremely strong fan core. Of course, the main reason is the truck’s quality and reliability, which completely follows the brand’s reputation. Still, the current generation has been around since 2007 and it definitely needs updates. 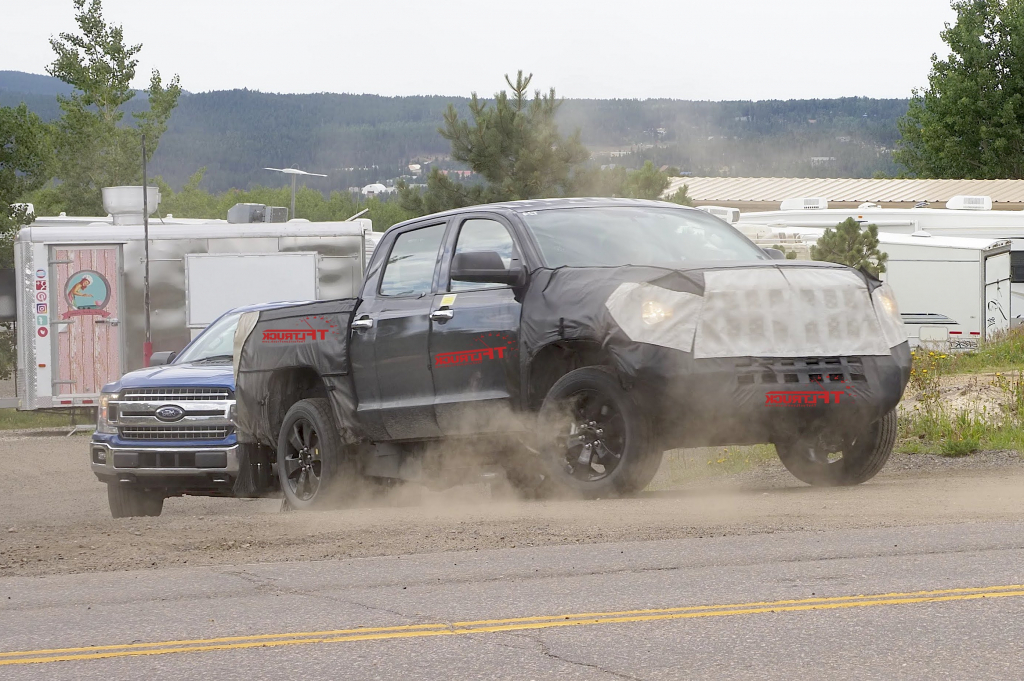 If we can rely on the latest reports, there is a lot of 2022 Toyota Tundra changes to come. Of course, we will see a completely new platform, but also very interesting novelties under the hood. We are still waiting for the official confirmation, but a hybrid powertrain seems almost like a certain thing. Of course, many other novelties will come, including typical things like new styling, interior design and more.

We expect a lot from the new Toyota Tundra 2022. Probably the most critical points of the current generation are efficiency and performance. The company has developed a completely new platform, codenamed F1. Among many novelties, we should mention that this will be a fully boxed truck, which promises significant improvements in terms of towing. Payload capacity is another thing that definitely needs improvement. Speaking of the payload and performances in general, another interesting novelty will come to the rear axle. We expect to see air suspension, which will definitely have a positive effect on both performances and comfort. 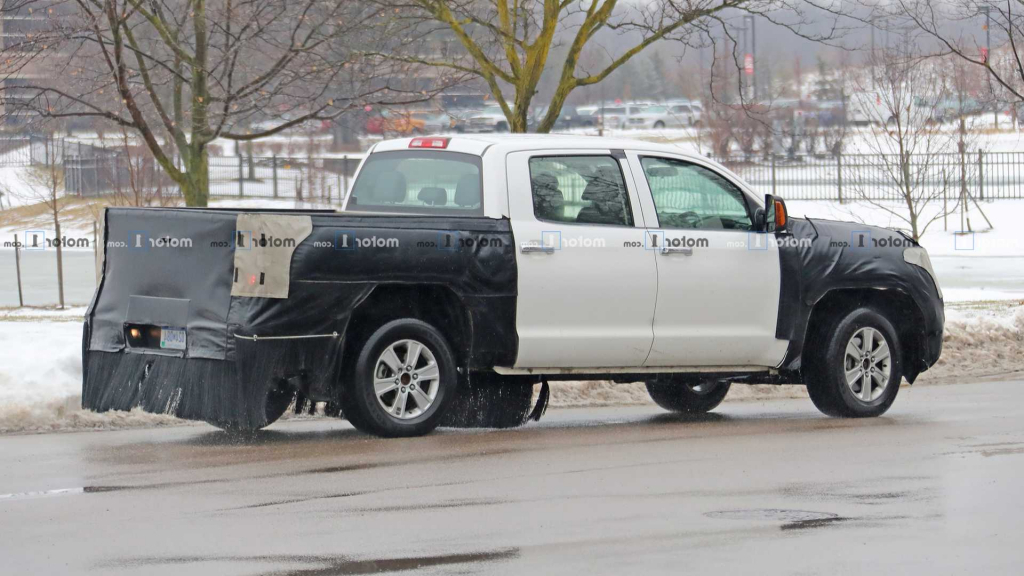 Of course, the upcoming redesign will also bring completely new styling. At this point, it is still early to talk about details, considering that the test mule is still under heavy camouflage. Still, we may presume that the Japanese manufacturer won’t make any experiments and that the 2022 Tundra will come with evolutionary changes only. Another thing we should mention is that many experts expect to see a single cab model back. We are still waiting to hear something from the officials on this matter.

There is no doubt that the 2022 Toyota Tundra Hybrid is the most anticipated thing about the new model. Things are pretty simple here. The current model is extremely thirsty, so an electrified powertrain makes perfect sense. 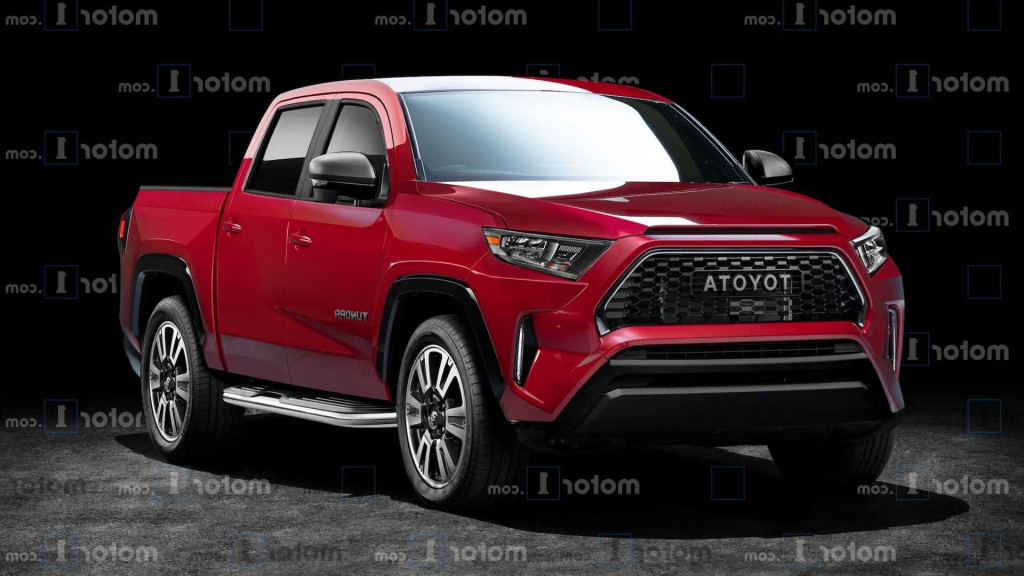 At this point, the exact details are still unavailable. Most experts suggest we are about to see a hybrid system based on a V6 engine, similar to the one that powers Lexus LS 500h. The luxury sedan is good for about 355 horsepower but we have no doubt that the 2022 Toyota Tundra Hybrid would feature much more power. Some reports suggest around 450 horsepower and 500 pound-feet of torque, which are numbers that would definitely provide competitive max towing capacity.

We still can’t make some estimation about mpg ratings, though we have no doubt that the numbers will be significantly better compared to the current, extremely thirsty V8 engine.

V8 will remain in the offer?

Many future buyers will be delighted to pick a hybrid version, we presume that there is still a number of purists who would stick to the good-old V8 gasoline engine. Therefore, we presume that the current 5.7-liter unit will remain in the offer, though with some serious modifications. This primarily refers to the efficiency, considering that the current version returns pretty disappointing 13 mpg in the city and 17 mpg on the highway. We count on a notable improvement. On the other side, the current version is already quite powerful, so we expect only minor power increase, probably to around 400 horsepower.

When it comes to the 2022 Toyota Tundra changes, another aspect that needs a lot of them is the cabin. That’s no wonder, considering the truck’s age. We count on a completely new cabin layout, with more attractive dashboard and finer materials. Also, we should see loads of new technologies, starting with a new infotainment system, which will come with smartphone integration and many other improvements.

On the other side, we don’t expect more significant changes in terms of cabin dimensions. The current model already features one of the biggest cabins in the class, no matter if we are talking about a Double or CrewMax version. The new Toyota Tundra 2022 shouldn’t be much different in this aspect. On the other side, many reports suggest that a single cab version could come back.

When it comes to the 2022 Toyota Tundra release date, we expect that the new model will hit the market sometime in the second half of 2020. It is still early for price estimation, especially because we don’t know which powertrain options and cab configurations will be offered. The current model starts at around 33.500 dollars.

7 photos of the "2022 Toyota Tundra Redesign, News, Engines, and Price"